Acetate: An acetic acid salt; the word that follows or precedes acetate on an ingredient list determines the function.

Acetone: Solvent commonly used in fingernail polish removers and toners; can be drying and irritating depending on concentration.

Acetylated Lanolin Alcohol: An alcohol that is not drying. Helps soften skin; is highly comedogenic (causes blackheads and/or whiteheads).

Acrylates Copolymer: Active ingredient in an oil-absorbing gel, such as Clinac O.C.

Alcohol SD-40: sometimes listed as SD Alcohol 40 and synonymous with alcohol SDA-40, it is a high grade purified cosmetic alcohol. Evaporates instantly, so it is used as a vehicle to transport important ingredients to the skin's surface and then leave them there; gentler to the skin than ethyl (rubbing) alcohol. May help kill bacteria.

Alpha Lipoic Acid: An antioxidant; is both water and fat soluble so it can protect many areas of a cell. Also, has anti-inflammatory properties.

Alum: usually in crystal or powder form; has strong astringent properties; used in styptic sticks, popular with men who often nick themselves shaving.

Ascorbic Acid: vitamin C; an antioxidant and stimulant of collagen synthesis by skin cells (fibroblasts). Can also have skin lightening effect in certain preparations. Only L- ascorbic acid (as opposed to D - ascorbic acid) is effective. 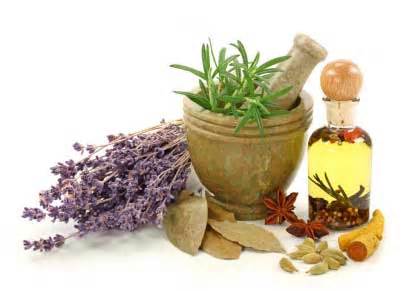 Beeswax: waxy component in many skin care products; provides moisture as well as a barrier mechanism. Also, an emulsifier (helps oil and water blending). May be mildly comedogenic.

Benzalkonium chloride: Preservative; may occasionally cause allergy or sensitivity with continuous use.

Benzoic acid: Preservative against growth of microorganisms; effective against fungi but only marginally useful against bacteria. Typically used in concentrations from 0.05 to 0.1%. Sensitivity to benzoic acid is rare but possible.

Benzoyl Peroxide: antibacterial agent that kills P. acnes, the germ responsible for acne breakouts. Can be drying and/or irritating. Some develop high skin sensitivity to benzoyl peroxide. Available in both prescription and OTC forms ranging from 2.5 to 10%.

Benzyl alcohol: Antibacterial preservative typically used in concentrations 1 to 3%. May cause skin irritation.

Beta Hydroxy Acid: a subclass of organic acids; the most common one is salicylic acid, a long term ingredient used for exfoliation of dry skin as well as for acne therapy. 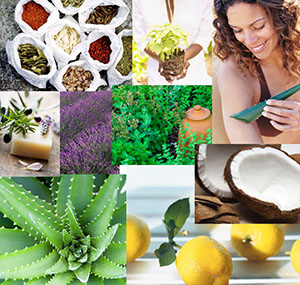 Boric Acid: An antiseptic used as a preservative to prevent yeast overgrowth. May be irritating.

Camphor: A cooling agent; may help alleviate the symptoms of itching and irritation.

Carmine: Red pigment; found in many mascaras; can be irritating.

Cellulose: Polymer from plant cell walls; used as a thickener and emulsifier.

Ceteareth: Cetearyl and stearyl alcohols combined for use as a lubricant.

Cocoa butter: Vegetable fat solid at room temperature but liquid at body temperature. Due to this property often used in lip balms and massage creams. Considered comedogenic and may also (rarely) cause allergy.

Collagen: The main supporting fiber located within the dermis, gives strength and provides structure. You cannot replace lost collagen by simply applying it to your skin due to its large molecule size. However, topical collagen can act as a moisturizing agent. 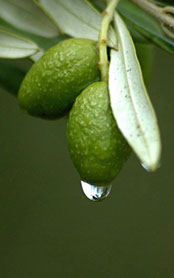 Corticosteroids*: Used to suppress inflammation associated with skin conditions like dermatitis, eczema and psoriasis, steroid creams contain powerful ingredients like Clobetasol Propionate, Fluocinolone Acetonide or Betamethasone Dipropionate. One of steroids side effects is skin lightening, but prolonged use can lead to skin problems such as steroid rosacea and thinning of the epidermis.

DEA (diethanolamine): An organic alkali used in skin care formulas to neutralize acids (raise pH). Usually listed on labels preceding a compound it is neutralizing. FDA has released a warning regarding the association between DEA and cancer in laboratory animals.

Dimethicone: a form of silicone; skin protectant; moisture sealant; noncomedogenic; has been used in some scar therapies.

Elastin: a fiber within the dermis similar to collagen, gives support and "snap" to the skin. In topicals, it cannot penetrate the skin, but does have moisturizing effect.

Ethyl Alcohol: aka rubbing alcohol or ethanol; has antibacterial activity; usually too strong for regular use in cosmetics; very drying at high concentrations; sometimes used in astringents and toners. Use moisturizer after using anything with ethanol. 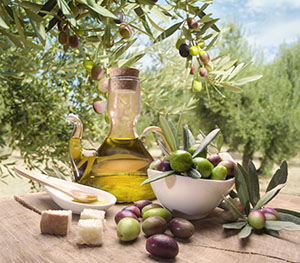 FD&C Dyes and Colors: dyes approved by FDA for food, drug, and cosmetic use.

Glycerin: hydrates and provides a skin barrier against loss of moisture; allows topical agents to go on very smoothly; may clog pores when present in high concentrations.

Glycolic Acid: exfoliant, used in a wide range of exfoliating products, from exfoliating lotions to chemical peels. May improve fine lines. Overuse can cause skin irritation and other skin damage.

Glycol Stearate: thickening agent that helps give products a luminescent or opalescent appearance.

Grape Seed Extract: a botanical extract shown to be an effective antioxidant.

Green Tea Extract: a botanical extract shown to be an effective antioxidant. 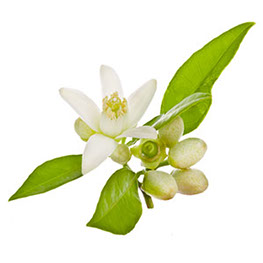 Hyaluronic Acid: also referred to as a "cyclic acid"; an effective humectant/moisturizing agent.

Hydroquinone: skin pigmentation lightening agent; a maximum of 2% is sold over the counter; higher concentrations available by prescription.

Hydroquinone*: Hydroquinone is known to produce serious side effects when used over a long period of time. The Story of Cosmetics highlights this ingredient as one of the most toxic ingredients on the market. It is reported to increase the risk of developing leukemia, liver cancer, skin irritation, irreversible hyperpigmentation (exogenous ochronosis) * and reproductive damage. Hydroquinone photosensitizes the skin, making it susceptible to skin cancer. The FDA regulates the use of hydroquinone in the U.S. Over-the-counter skin lighteners can contain up to 2% hydroquinone. Dermatologists can write prescriptions for lighteners that contain up to 4% hydroquinone.

Isopropyl Palmitate: emollient usually derived from palm and/or coconut oil; may be comedogenic.

Isostearic Acid: fatty acid that forms a film on the skin; may be comedogenic.

Jojoba Oil: natural oil extracted from the seeds of the desert shrub Simondsia Chinesis. Is an effective emollient and lubricant. According to some claims also a delivery enhancer. 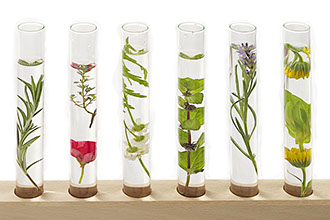 Lactic Acid: alpha hydroxy acid used in dermatology to hydrate and smooth dry, flaking skin. May occasionally be used in high concentrations as a chemical peel.

Lanolin: emollient and moisturizer; obtained from sheep; a sensitizer like other wool derivatives, in eczema-prone individuals.

Liposomes: active ingredient delivery system; hollow spheres made from phospholipids (such as lecithin) that are up to 300 times smaller than skin cells. Liposomes are filled with active agents which they carry into the skin and then gradually release. 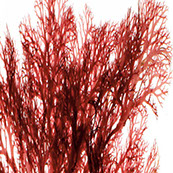 Methylparaben/Propylparaben: Food grade preservative. One of the most commonly used preservative in cosmetics today; nonirritating, non sensitizing and nontoxic. May be comedogenic in susceptible persons.

Mineral Oil: a liquid blend of petroleum hydrocarbons obtained. An effective solvent for removing oil, grease and makeup from the skin. Comedogenic. May be drying with prolonged use. Most companies no longer use mineral oil in products; vegetable oils have been found to be as effective and more skin friendly.

Nanospheres: active ingredient delivery system; micro-reservoir particles of porous polymers that have a special structure permitting high absorption and timed release of the agents into the skin. 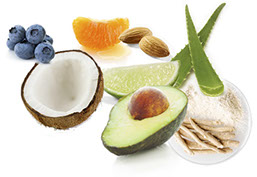 PABA (Para-Aminobenzoic Acid): UVB blocker used in sunscreens during the 1970's; can cause contact dermatitis, therefore is now out of favor.

Panthenol: a B vitamin (B5), works as a humectant (holds water in the skin). May promote skin healing.

Petrolatum: Heavy vehicle based on petroleum hydrocarbons, most commonly known for its use in Vaseline; good for sensitive skin but is occlusive and can cause or aggravate acne in susceptible individuals.

Poly Hydroxy Acid: PHA, derived from the buds of fruit trees; is claimed to be gentler yet as effective as AHAs; still debatable.

Propylene Glycol: vehicle for cosmetic solutions; excellent for hydrating dry skin but can act as a contact dermatitis sensitizer in susceptible individuals.

Quaternium-15 & 19: a preservative antimicrobial active against a wide spectrum of microorganisms. A quaternary ammonium salt.

Resveratrol: antioxidant which supports and protects collagen; may also inhibit some mechanisms of aging by 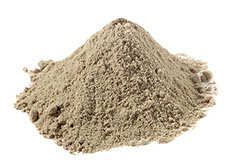 Retinol: form of vitamin A; fat soluble; depending upon concentration, estimated to be approximately 10 times less effective than tretinoin; relatively unstable. May irritate skin in high concentrations.

Retinyl Palmitate: (also known as Vitamin A Palmitate); ester of retinol combined with palmitic acid, considered a more stable alternative to retinol or retinal for normalizing the skin's texture and helping smooth out fine lines. Less irritating than retinol.

Rose Hips: botanical extract of the fruit of the rose plant found to have high concentrations of vitamin C.

Salicylic Acid: the most common BHA (beta hydroxy acid); medically used as an exfolliant and debriding agent. Cosmetically used in some chemical peels and to reduce oiliness and acne.

Silicone: protects the skin and creates a sheen. Thought to be helpful in reducing the appearance of hypertrophic scars.

Sodium Laurel Sulfate: used in most cleansers and soaps; acts as a surfactant, offers good foaming qualities; a known skin irritant, but contrary to popular misconceptions, does not cause cancer.

Sorbitol: sugar-based ingredient; pulls water by osmosis from the largest source. Typically this is the air, so it helps hydrate skin. In arid conditions, however, water will be pulled out of the skin, resulting in dehydration.

Sulfur: helps kill some species of bacteria on the skin improving acne, seborrhea and psoriasis. Typically found in soaps, shampoos and some topical acne medications.

Triclosan: commonly used as a preservative; believed to be hypoallergenic.

Tyrosine: amino acid that may potentiate the effect of vitamin C on collagen synthesis by fibroblasts; plays a role in melanin formation.

Unipertan: A suntan-accelerating product composed of tyrosine, riboflavin, and collagen. The original form of unipertan employs animal by-products. A number of derivatives and variations of the original unipertan exist, generally designated by letters or numbers. None of the unipertans protect from UV rays or make tanning safe.

Vitamin A: important for skin renewal; may improve skin texture and fine lines; may improve acne. Less effective and less irritating than tretinoin. Causes sun sensitivity and not to be used if pregnant or nursing.

Water: Most frequently listed main ingredient in skin care products, used in its purest form, void of minerals and other chemicals, hence the various names like distilled, deionized, purified, etc.

Yeast Extract: extract from brewer's yeast (Saccharomyces cerevisiae) containing a complex mixture of proteins, sugars, vitamins, amino acids, etc. According to some claims may enhance the rate of renewal (cell turnover) of the skin.

Zinc Oxide: A compound of zinc and oxygen, zinc oxide is a mild antiseptic and anti-irritant. When added to sunscreens, it physically prevents UV light from reaching the skin. It is also the key active ingredients in diaper rash creams.

You may also read: